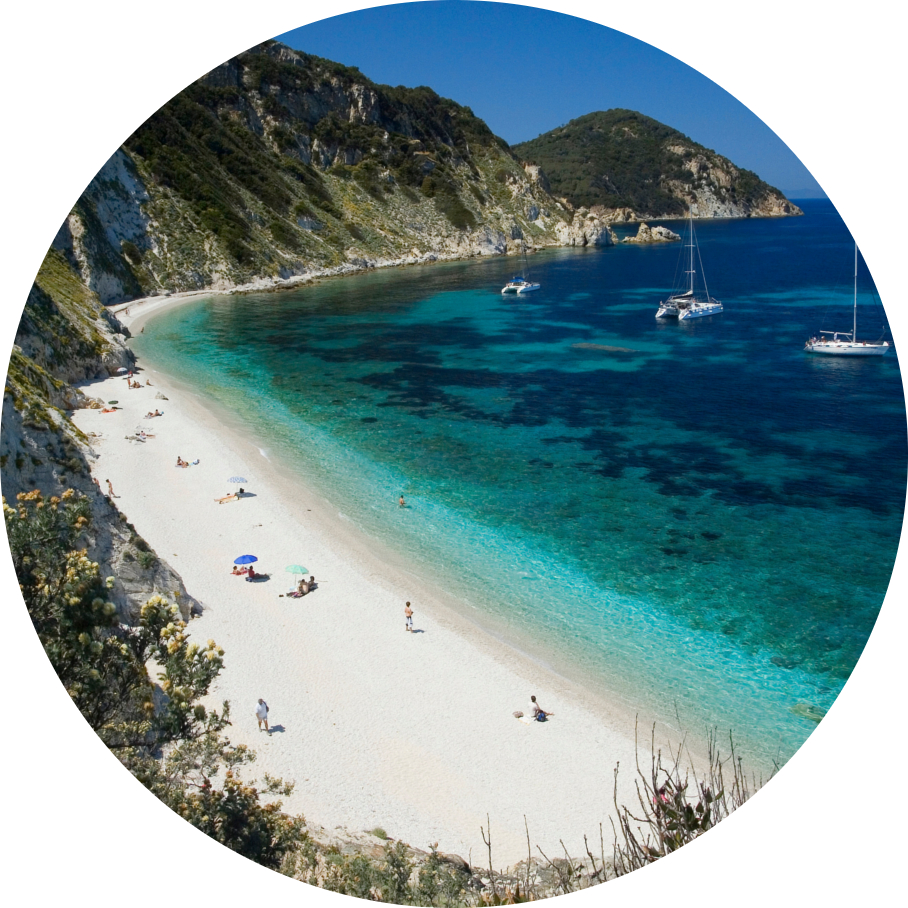 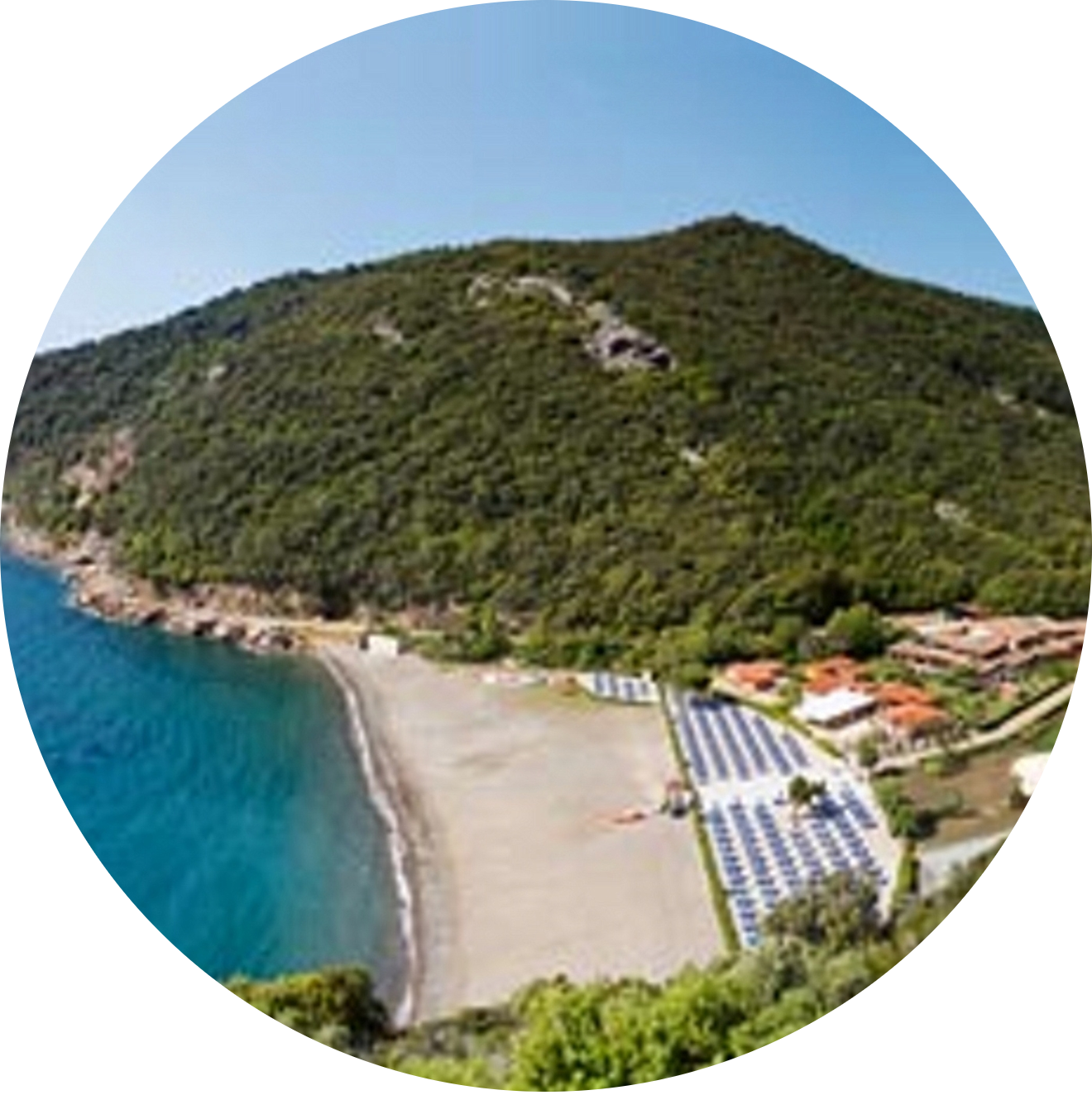 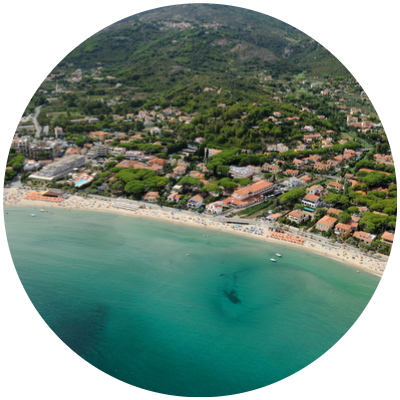 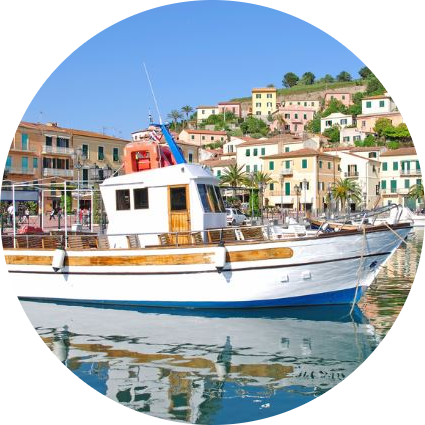 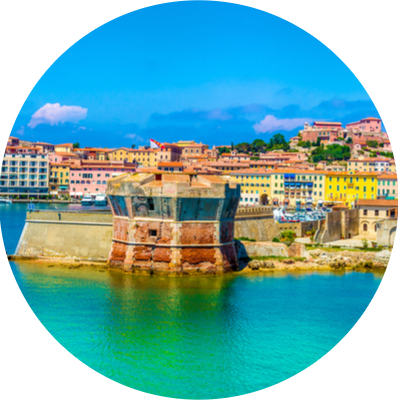 A famous Italian island in the Tyrrhenian Sea, which belows to the Toscana region and lies about 40 kilometers from the Tuscan town and important harbor Piombino. Its area is ​​about 224 km2 and it is the largest island of the region and the third largest island in Italy. Together with the islands of Gorgona, Capraia, Pianosa, Montecristo, Giglio and Giannutri, it belongs to the Tuscan Islands National Park.  Moreover is distanced only 35 kilometers from the French island Corsica. Although it is a popular tourist destination today, especially due to its beautiful beaches and the clear sea, it has been inhabited since the Etruscan times thanks to iron ore deposits. The greatest popularity gained the island during the time of Napoleon Bonaparte, who was in 1814 resorted to Elba to exile and was appointed as Emperor here. Although he lived here for less than one year, he left his footprints on the island, including two villas, which are widely visited by all who comes to the island. In the local cuisine, fish are mainly used, typical dishes are Cacciucco (fish soup), Riso al Nero di sepia (rice with sepia ink) and Lo Stoccafisso alla Riese (dish prepared from a mixture of anchovies, onions, tomatoes, basil, parsley, green peppers, black olives, capers, olive oil, chili and salt), which taste excellent with  delicious local wines. The  perfume Acqua dell’Elba is also famous. The island is not a paradise  only for sun&beach tourism,  but also for divers and, more recently, also for cyclists.